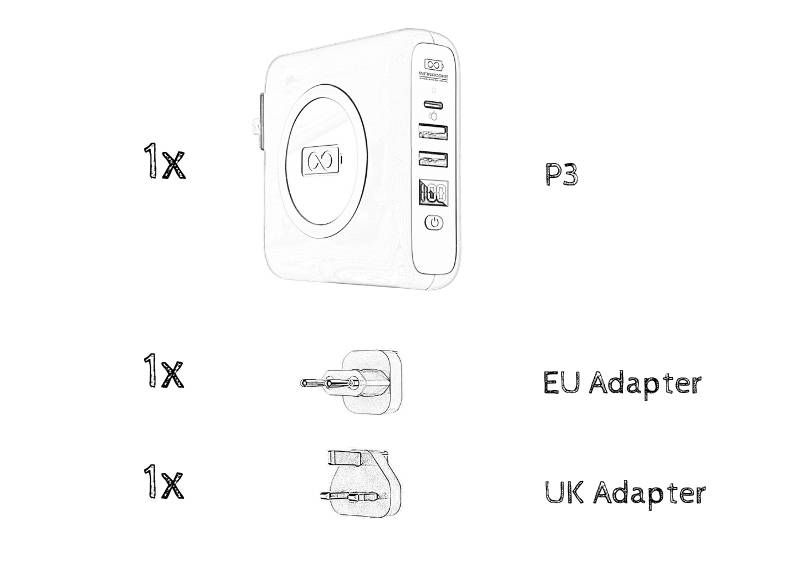 "Designed for travel. Perfect for the gym, office, and weekend hiking trip."

This thing is amazing. Such a useful tool. I need to buy more

C
Customer
Love it! Use it for everything!

I use this product all the time. Works great and is all I need when I'm on the go. I can now use one power block for everything and it makes my life so much easier!

Excellent product. Very convenient to use.

It was a gift to granddaughter

Does the job above and beyond.

J
Jesus Ortiz
everything you need if you are a geek!